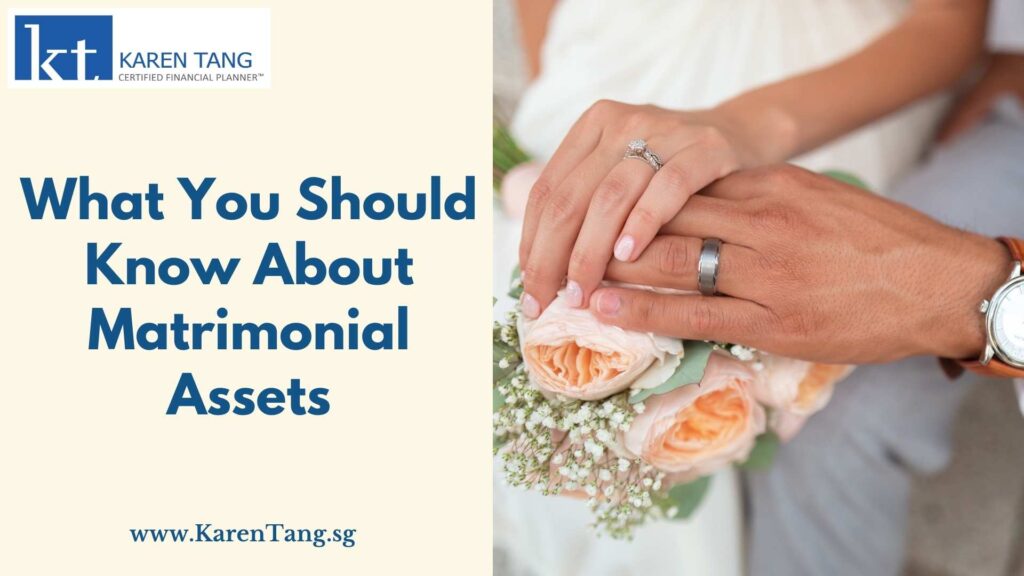 Matrimonial assets come into the spotlight, especially, when a divorce is on the table. In Singapore, marriages and divorces are governed by the Women’s Charter. Within the Charter, it contains the definition of matrimonial assets (source: Attorney-General’s Chambers Singapore).

What are matrimonial assets?

Under the Women’s Charter, matrimonial assets include:

Assets that are excluded from the definition of matrimonial assets are:

Generally, gifts and inheritances are not considered matrimonial assets. This means that the Birkin and Chanel handbags gifted by your mother and the jewellery gifted by your grandmother belong to you.

In determining whether a gift is intended for a single spouse, the court also considers the donor’s intention. If gifts and inheritances are substantially improved by your spouse or both spouses during the marriage, they can also be considered matrimonial.

The common types of assets that are subject to division include businesses, shares, CPF balances, savings, cars and jewellery.

Once the pool of matrimonial assets has been ascertained by the court, it then decides on a fair and equitable division of the assets. The court will also consider the financial and non-financial contributions of both parties.

If there are any debts or obligations incurred by either party for their collective benefit or done in the interest of the children of the marriage, the court will consider them as a contributing factor in determining the division of assets.

Indirect financial contributions are also taken into account. These refer to payments that are required for the maintenance of the asset, for example, renovation expenses, utility bills and other household expenses for the matrimonial home.

Where non-financial contributions are concerned, the court will consider the role played by each party in taking care of the well-being and welfare of the family. This includes caring for the elderly and sick family members, special needs dependent and other dependents of either party.

Homemakers need not feel disadvantaged by their lack of financial contribution when acquiring part of the matrimonial asset. The invaluable support provided to the other party in pursuing his/her career will be taken into account.

A couple may enter into a prenuptial agreement prior to marriage or a postnuptial agreement during the marriage that stipulates the ownership and division of matrimonial assets in case of a divorce. As such, the court will give such agreements due consideration.

Some food for thought

To my lady friends out there, pre-planning your assets before, during and after marriage may be something you wish to look into. To learn more about what you can do to preserve your wealth, seek legal advice so that your goals and interests are aligned and safeguarded.

Can Insurance Be Seen As An Investment For Your Loved Ones?

Not Sure About Contributing to SRS? Consider These Pros And Cons

5 Steps to Settling Your Debts: Millennials Find It Tough To Pay Off Loans

10 Pointers To Consider Before Buying A Property In Singapore 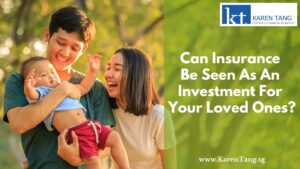 Can Insurance Be Seen As An Investment For Your Loved Ones?

Let us take a look at an example. Mr. Andrew Tan is age 35. He is married to his homemaker wife, Susie, and they have 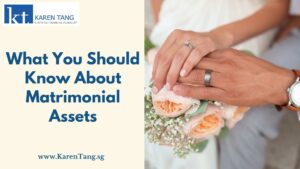 Matrimonial assets come into the spotlight, especially, when a divorce is on the table. In Singapore, marriages and divorces are governed by the Women’s Charter. 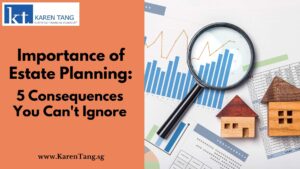 Estate planning may sound like a big, complicated word. But in reality, planning your asset distribution need not be a daunting task. When you work